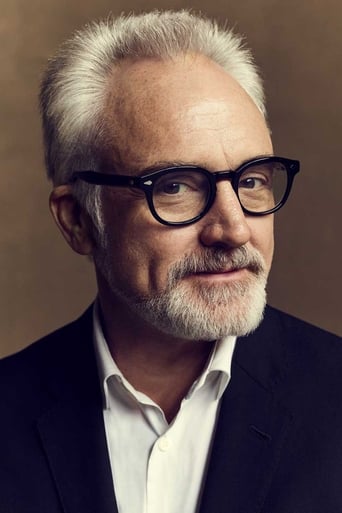 Bradley Whitford (born October 10, 1959) is an American film and television actor. He is best known for his roles as Deputy White House Chief of Staff Josh Lyman on the NBC television drama The West Wing, as Danny Tripp on Studio 60 on the Sunset Strip, as Dan Stark in the Fox police buddy-comedy The Good Guys, as Red John in the CBS series The Mentalist, and as antagonist Eric Gordon in the film Billy Madison. Whitford has been nominated for three consecutive Emmy Awards from 2001-2003 for "Outstanding Supporting Actor in a Drama Series" for his role on The West Wing, winning the award in 2001. This role has also garnered him three consecutive Golden Globe Award nominations for "Best Performance by an Actor in a Supporting Role". Description above from the Wikipedia article Bradley Whitford, licensed under CC-BY-SA, full list of contributors on Wikipedia.