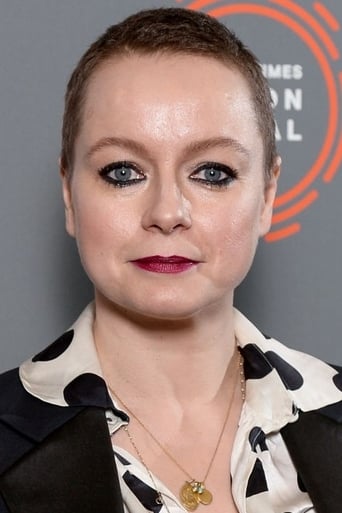 From Wikipedia, the free encyclopedia.   Samantha Jane Morton (born 13 May 1977) is an English actress and film director. She began her performing career with guest roles in television shows such as Soldier Soldier and Boon before making her film debut in the 1997 drama film This Is the Sea, playing the character of Hazel Stokes. After a string of roles in low-budget and television films, she landed the role of Hattie in 1999's Sweet and Lowdown, for which she received the attention from Hollywood, the critical acclaim and an Academy Award nomination for Best Supporting Actress. Morton subsequently starred in 2002's Minority Report and Morvern Callar. She received her second Academy Award nomination for her performance as the young Irish mother coping with life in New York City, Sarah, in 2003's In America. Morton starred in 2004's Enduring Love and The Libertine and 2005's Lassie. She received won a Golden Globe for Best Actress in a Television Movie for her role as Myra Hindley in 2006's Longford. She appeared in the 2007 biographical films Control, Elizabeth: The Golden Age and Mister Lonely, and she starred in 2008's Synecdoche, New York. Morton appeared in the 2009 critically acclaimed The Messenger. She made her directorial debut in the English television film The Unloved. Description above from the Wikipedia article Samantha Morton, licensed under CC-BY-SA, full list of contributors on Wikipedia.