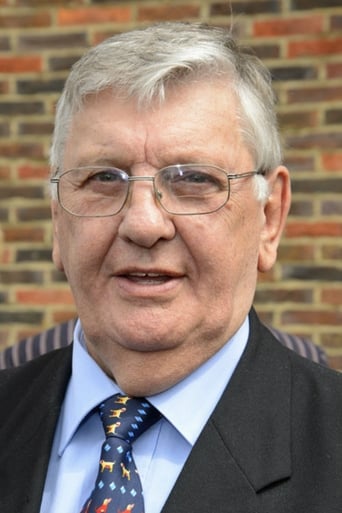 Derek Martin has been one of the most authentic working class voices in British film and television since the 1970s. Born Derek William Rapp in 1933, Martin was in the RAF for his National Service and took up a series of jobs including road worker, Smithfield Meat Market porter, and professional gambler, before entering showbusiness as an extra and stunt performer in a variety of programmes including Doctor Who. He retired from stunt work following an injury on Elizabeth I in 1971 and moved into acting. His most famous break out role was as the corrupt detective Fred Pyle in GF Newman's controversial 1978 drama Law & Order. In the following decade Martin had major roles in TV dramas such as The Chinese Detective and King & Castle, and played James Cagney's aide in milos Forman's epic 1981 film Ragtime. In 2000, Martin joined the cast of EastEnders as Charlie, the patriarch of the Slater family, a role he continued to play on and off for sixteen years.