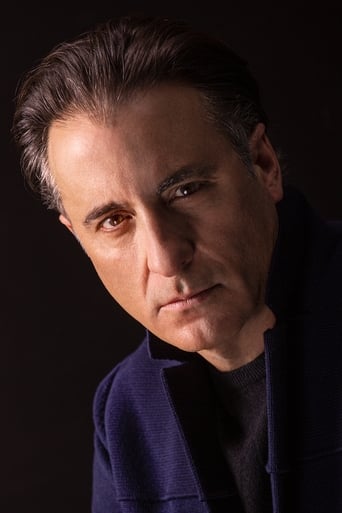 ​From Wikipedia, the free encyclopedia.   Andrés Arturo García Menéndez (born April 12, 1956), professionally known as Andy García, is a Cuban American actor. He became known in the late 1980s and 1990s, having appeared in several successful Hollywood films, including The Godfather: Part III, The Untouchables, Internal Affairs and When a Man Loves a Woman. More recently, he has starred in Ocean's Eleven and its sequels, Ocean's Twelve and Ocean's Thirteen, and The Lost City. García was nominated for the Academy Award for Best Supporting Actor for his role as Vincent Mancini in The Godfather Part III. Description above from the Wikipedia article Andy Garcia, licensed under CC-BY-SA, full list of contributors on Wikipedia.