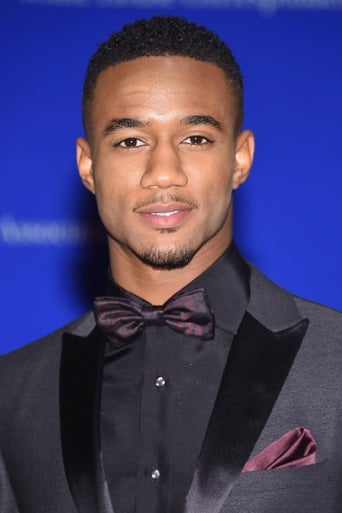 Jessie T. Usher was born in Maryland, he is the youngest of two children. His sister Jesstia who is his initial inspiration for his love of acting. Being born a leap year child, he has always leaped his way to the top, learning to read and write at the age of two, he has always been a top honor student from elementary to graduating at the age of 15 with honors as the class salutatorian in high school and moving straight to the deans list in college studying the art of culinary and earning the honor of being a member of the Alpha Gamma Sigma Honor Society. Jessie began showing interest in acting at the age of 5 after his sister landed a lead role in a commercial. His first acting job was a background artist in a major motion picture. From there, his curiosity for the art of acting began to rise. He began landing leading roles for print ads, voice overs, television commercials, live stage and theatrical. In 2003, Jessie and his family moved to the Los Angeles area to further pursue his acting career. He has a large abundance of love for friends, family and life. He also enjoys such activities as playing video games, martial arts, hip hop and kickin it with his sister and friends. His charismatic personality and radiant smile brings warmth and comfort to all who meet him. - IMDb Mini Biography