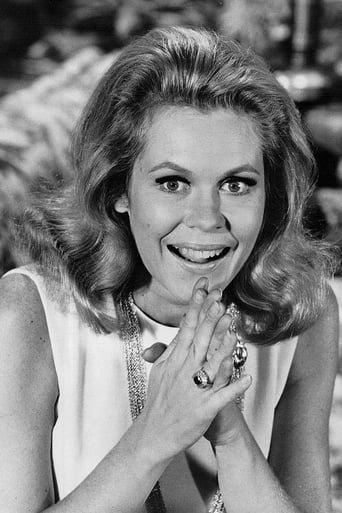 From Wikipedia, the free encyclopedia.   Elizabeth Victoria Montgomery (April 15, 1933 – May 18, 1995) was an American film and television actress whose career spanned five decades. She is best remembered as the star of the TV series Bewitched. The daughter of Robert Montgomery, she began her career in the 1950s with a role on her father's television series Robert Montgomery Presents. In the 1960s, she rose to fame as Samantha Stephens on the ABC sitcom Bewitched. Her work on the series earned her five Primetime Emmy Award nominations and four Golden Globe Award nominations. After Bewitched ended its run in 1972, Montgomery continued her career with roles in numerous television films. In 1974, she portrayed Ellen Harrod in A Case of Rape and Lizzie Borden in the 1975 television film The Legend of Lizzie Borden. Both roles earned her additional Emmy Award nominations. Montgomery was married four times, most notably to actor producer/director William Asher with whom she had three children. Her final marriage was to actor Robert Foxworth, with whom she lived for twenty years before marrying in 1993. Montgomery died of colorectal cancer in May 1995, eight weeks after being diagnosed with the disease. Description above from the Wikipedia article Elizabeth Montgomery, licensed under CC-BY-SA, full list of contributors on Wikipedia.