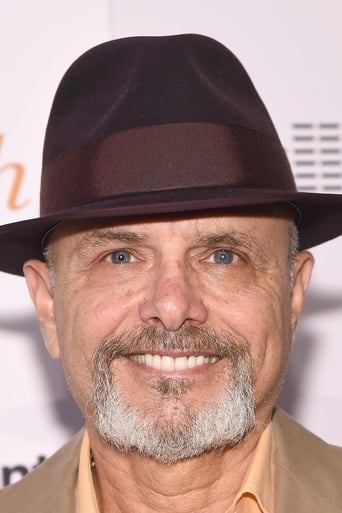 Joseph Peter "Joe" Pantoliano (born September 12, 1951) is an American film and television actor. He played the character of Ralph Cifaretto on The Sopranos, Bob Keane in La Bamba, Cypher in The Matrix, Teddy in Memento, Francis Fratelli in The Goonies, Guido "the Killer Pimp" in Risky Business, and Jennifer Tilly's violent mobster boyfriend, Caesar, in Bound. He also played US Marshall Renfro in both The Fugitive and U.S. Marshals. He is often referred to as "Joey Pants", due to the difficulty some have pronouncing his Italian surname. Description above from the Wikipedia article Joe Pantoliano, licensed under CC-BY-SA, full list of contributors on Wikipedia.