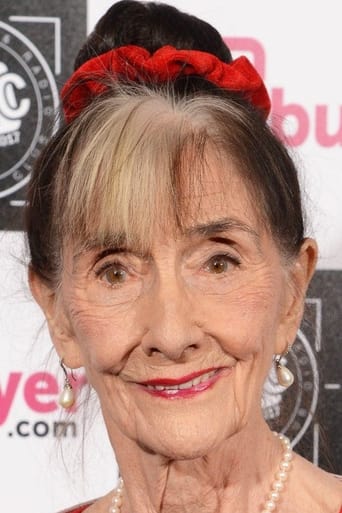 June Muriel Brown, MBE (born 16 February 1927) is an English actress, best known for her role as Dot Cotton on the BBC soap opera EastEnders (1985–1993; 1997–2020). In 2005, she won Best Actress at the Inside Soap Awards and received the Lifetime Achievement award at the British Soap Awards. In 2009, she was nominated for the BAFTA TV Award for Best Actress. She is the second performer to receive a BAFTA nomination for their work in a soap opera, after Jean Alexander. It was announced in February 2020 that Brown had decided to leave EastEnders permanently, at the age of 93. Description above from the Wikipedia article June Brown, licensed under CC-BY-SA, full list of contributors on Wikipedia.