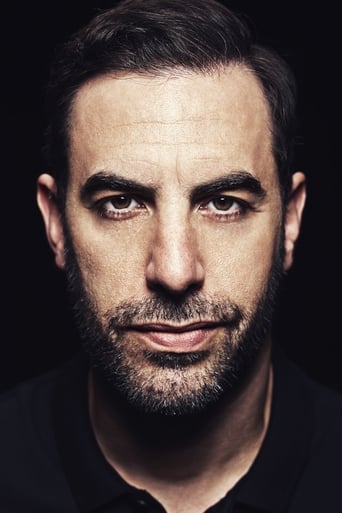 Sacha Noam Baron Cohen (born 13 October 1971) is a British comedian, actor, and writer. He is most widely known for his portrayal of three unorthodox fictional characters, Ali G, Borat, and Brüno. In his routines, Baron Cohen's characters interact with unsuspecting people who do not realize they are being set up for comic situations and self-revealing ridicule. Baron Cohen's work has been recognised with several Emmy nominations, an Oscar nomination for Best Adapted Screenplay, a BAFTA award, and a Golden Globe for Best Actor for his work in the feature film Borat: Cultural Learnings of America for Make Benefit Glorious Nation of Kazakhstan. After the release of the film Borat, Baron Cohen stated that because the public had become too familiar with the characters, he would retire Borat and Ali G. Similarly, after the release of Brüno, he has stated he would also retire the title character. Description above from the Wikipedia article Sacha Baron Cohen, licensed under CC-BY-SA, full list of contributors on Wikipedia.