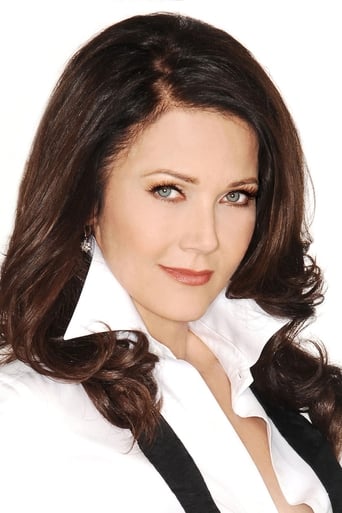 Lynda Jean Carter (born July 24, 1951) is an American actress and singer, best known for being Miss World USA 1972 and as the star of the 1970s television series The New Original Wonder Woman (1975–77) and The New Adventures of Wonder Woman (1977–79). The epitome of the word "statuesque," brunette, big blue-eyed, and 6' tall Lynda Carter was once considered one of the most beautiful women in the western world. Born and raised in Phoenix, AZ, Carter's height caused considerable awkwardness in high school. Friends encouraged her to become a performer; she began studying voice and by the time she graduated, she was named her school's most talented student. She briefly attended Arizona State University, but dropped out to become a professional singer and tour the country with several rock groups. By 1972, Carter had returned home and entered a local beauty pageant. She won and went on to win the title of Miss World-USA. After that, Carter studied acting in New York. She started her career in television making guest appearances on such shows as Starsky and Hutch, but Carter did not become famous until winning the title role of Wonder Woman in 1975. The Wonder Woman shows originally started out as specials on the ABC network, but by 1976 had been turned into a series. The network canceled the show after one season and it was picked up by CBS and aired there for a few years. When the series ended, she had a somewhat successful career as a Las Vegas entertainer. She also continues to occasionally appear in television movies and as a series guest star. ~ Sandra Brennan, Rovi