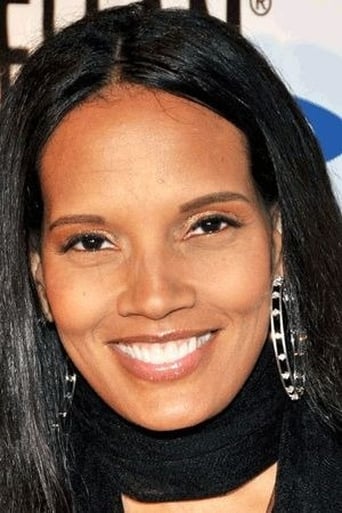 From Wikipedia, the free encyclopedia. Shari Headley (born July 15, 1964) is an American actress. Headley made her acting debut on The Cosby Show in 1985. Since then her career has mostly focused on television acting; she is perhaps best known for portraying police officer Mimi Reed Frye Williams on the popular soap opera All My Children from May 1991 to April 1994, briefly returned in February 1995 and again from June 2005 until her final appearance on October 14, 2005. She has also acted occasionally on the big-screen, and is well-known in this capacity for her role of Lisa McDowell, Eddie Murphy's love interest in the comedy Coming to America. Headley co-starred in an episode of Miami Vice in 1984 & on Andy Griffith's Matlock series in 1990 playing a model. The episode entitled, The Cover Girl, aired on November 20, 1990. In 1997, she had a leading role in the short-lived FOX ensemble drama 413 Hope St. Headley also made a cameo appearance in Will Smith's "Wild Wild West" music video and also starred in Blackstreet's video "Before I Let You Go". In 2004, her role was of Mack Johnson's (portrayed by Steve Harvey) wife, Jacqueline in Johnson Family Vacation Headley also portrayed Felicia Boudreau on Guiding Light from November 2001 until May 2002. Headley was married to rapper/actor Christopher "Play" Martin from May 1993 and got divorced in June 1995. In April 1994, Headley gave birth to a son, Skyler Martin.