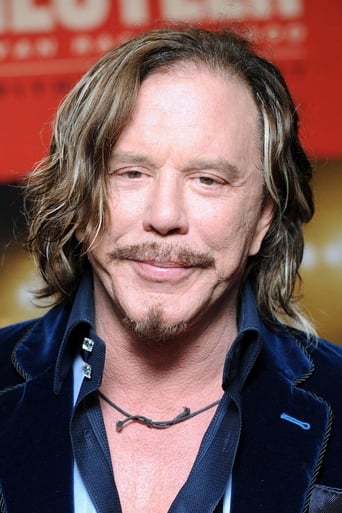 Philip Andre "Mickey" Rourke, Jr. (born September 16, 1952) is an American actor and screenwriter who has appeared primarily as a leading man in action, drama, and thriller films. Trained as a boxer in his early years, Rourke had a short stint as a professional boxer in the 1990s. He won a 2009 Golden Globe award and a BAFTA award, and was nominated for a Screen Actors Guild Award and an Academy Award for his work in the film The Wrestler. He appears as the main villain Whiplash in Iron Man 2 along with Robert Downey Jr., Don Cheadle, and Sam Rockwell and is also well known for playing Marv in Sin City.