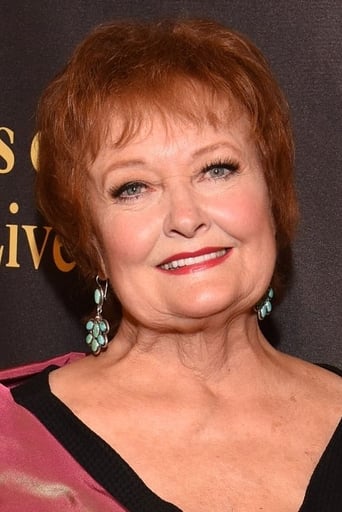 From Wikipedia, the free encyclopedia Maree Cheatham (born 2 June 1942) is an American actress, best known for her television appearances. She was credited for much of her career as Marie Cheatham. She was a regular cast member of the daytime serials Days of our Lives, where she originated the role of the youngest Horton daughter, Marie, later known as "Sister Marie", and General Hospital, which she played Lucy Coe's wacky and fun-loving Aunt Charlene Simpson. She was also in the soap opera Search for Tomorrow, where she originated the role of the sarcastic and very vampy Stephanie Wilkins, who was Joanne Gardner's arch-enemy. She was replaced on that soap opera by actress/writer Louise Shaffer. She has also made many guest appearances in TV series such as Gunsmoke, Cagney and Lacey, Quantum Leap, Knots Landing, The Nanny, Dharma and Greg, Profiler, Judging Amy, Scrubs, The West Wing, Monk, Cold Case and Desperate Housewives. She has also appeared in movies, such as Beetlejuice (1988) (where she developed a cult following), Rumor Has It…, Mr. & Mrs. Smith, America's Sweethearts, and a notable cameo in The Wedding Singer, in which she innocently asked Billy Idol what the "mile high club" was. She was once married to Bill Arvin, but it ended in divorce in 1974. In 1998, she married singer and songwriter Robert Staron (aka Bobbo Staron). Description above from the Wikipedia article Maree Cheatham, licensed under CC-BY-SA, full list of contributors on Wikipedia.