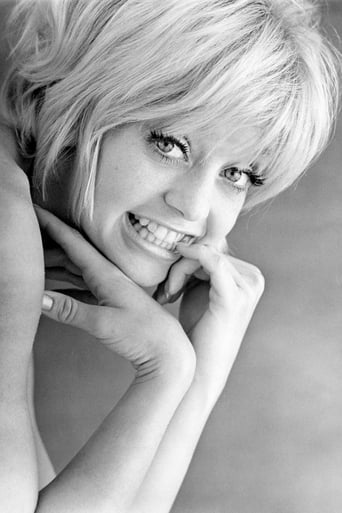 From Wikipedia, the free encyclopedia: Goldie Jeanne Hawn (born November 21, 1945) is an American actress, film director, producer, and occasional singer. Goldie Hawn has been a Hollywood comedy star since her big hit in 1980, Private Benjamin. She started as a dancer, first in New York and then in Los Angeles. On the cast of TV's Laugh-In, the mod comedy show of the late 1960s, she flubbed jokes in a bikini and became one of the show's most popular co-stars. Hawn then proved the ding-a-ling act was just an act -- she won an Oscar for a supporting role in Cactus Flower (1969, with Walter Matthau) and turned in a solid performance in Steven Spielberg's The Sugarland Express (1974). She had one blockbuster, Private Benjamin, and has since had a steady career as a leading lady in hits and misses, often acting as her own producer. Her movies include 'Shampoo' (1975, starring Warren Beatty), 'Death Becomes Her' (1992, with Bruce Willis), 'The First Wives Club' (1996, with Diane Keaton) and 'The Banger Sisters' (2002, with Susan Sarandon). She is the longtime girlfriend of actor Kurt Russell and the mother of actress Kate Hudson. Description above from the Wikipedia article Goldie Hawn, licensed under CC-BY-SA, full list of contributors on Wikipedia.