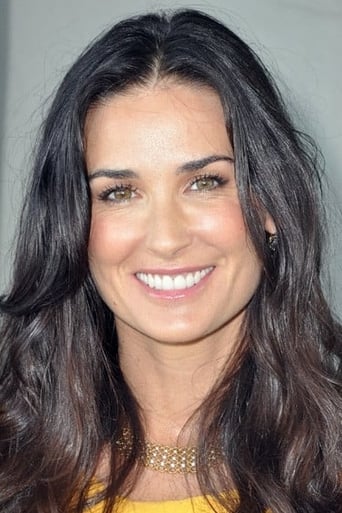 Demi Guynes Kutcher (born November 11, 1962), known professionally as Demi Moore, is an American actress. After minor roles in film and a role in the television drama series General Hospital, Moore established her career in films such as St. Elmo's Fire (1985), and in the early 1990s became one of the highest paid actresses in Hollywood with her successes in Ghost (1990), A Few Good Men (1992), Indecent Proposal (1993), and Disclosure (1994). Moore took her professional name from her first husband Freddy Moore and is the mother of three daughters from her marriage to Bruce Willis. She has been married to Ashton Kutcher since 2005. Description above from the Wikipedia article Demi Moore, licensed under CC-BY-SA, full list of contributors on Wikipedia.