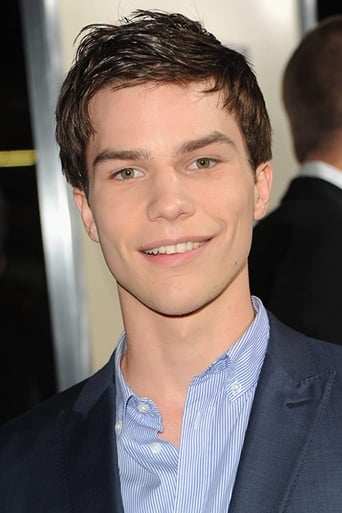 Born in Austin and raised in Georgetown, Texas, Krause was a smart and athletic kid. He went to college at age 10 and, after that, decided to attend the charter school, NYOS, in order to grow around people his own age. He graduated early from Georgetown High School to begin shooting The Descendants (2011) out in Hawaii. Krause first realized that acting was for him after attending an improv comedy workshop at the age of 10. He loved it and, from that point on, he began to look for work on sets around his residence near Austin. Krause can play the guitar and says that his proudest achievement was playing a two-hour Frank Zappa tribute set with member of The Mothers of Invention. Before all that, he was a member of the Paul Green School of Rock whereas, at the peak of it, he was playing at Austin's annual prestigious music events, SXSW and the Austin City Limits Music Festival. They also were touring nationally as a member of the SOR All-Stars, which was an "elite" group of kids that toured regionally in order to promote what the school could do. Krause also helped found and direct the science club at his school, called TACOS, also known as the Totally Awesome and Cool Organization of Science. In three years, they went from a group of ten kids with no funding, to one of the main competitors at the state level of Science Olympiad. Krause's hero is Albert Einstein, he cannot live without his guitar and his other passions include computers and politics. He now resides in Los Angeles with his cat. - IMDb Mini Biography