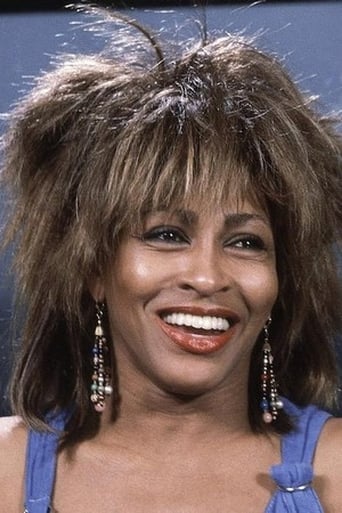 ​From Wikipedia, the free encyclopedia. Tina Turner  (born Anna Mae Bullock; November 26, 1939) is an American singer and actress whose career has spanned more than 50 years. She has won numerous awards and her achievements in the rock music genre have earned her the title The Queen of Rock 'n' Roll. Turner started out her music career with husband Ike Turner as a member of the Ike & Tina Turner Revue. Success followed with a string of hits including "River Deep, Mountain High" and the 1971 hit "Proud Mary". With the publication of her autobiography I, Tina (1986), Turner revealed severe instances of spousal abuse against her by Ike Turner prior to their 1976 split and subsequent 1978 divorce. After virtually disappearing from the music scene for several years following her divorce from Ike Turner, she rebuilt her career, launching a string of hits beginning in 1983 with the single "Let's Stay Together" and the 1984 release of her fifth solo album Private Dancer. Her musical career led to film roles, beginning with a prominent role as The Acid Queen in the 1975 film Tommy, and an appearance in Sgt. Pepper's Lonely Hearts Club Band. She starred opposite Mel Gibson as Aunty Entity in Mad Max Beyond Thunderdome for which she received the NAACP Image Award for Outstanding Actress in a Motion Picture, and her version of the film's theme, "We Don't Need Another Hero", was a hit single. She appeared in the 1993 film Last Action Hero. One of the world's most popular entertainers, Turner has been called the most successful female rock artist and was named "one of the greatest singers of all time" by Rolling Stone. Her combined album and single sales total approximately 180 million copies worldwide. She has sold more concert tickets than any other solo music performer in history. She is known for her energetic stage presence, powerful vocals, career longevity, and widespread appeal. In 2008, Turner left semi-retirement to embark on her Tina!: 50th Anniversary Tour. Turner's tour became one of the highest selling ticketed shows of 2008-2009. Turner was born a Baptist, but converted to Buddhism and credits the spiritual chants with giving her the strength that she needed to get through the rough times. Description above from the Wikipedia article Tina Turner, licensed under CC-BY-SA, full list of contributors on Wikipedia