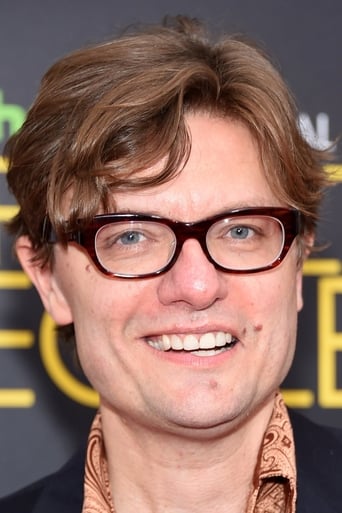 From Wikipedia, the free encyclopedia. James Christian Urbaniak (born September 17, 1963) is an American actor. Urbaniak was born in Bayonne, New Jersey. He lives in Santa Monica, California with his wife Julie and their twins, son Severn Jerzy and daughter Esme Maeve. One of his first noteworthy roles was in the avant-garde playwright/director Richard Foreman's The Universe, for which Urbaniak won an Obie. He has also been acclaimed for his acting in the films Henry Fool and American Splendor, in the latter of which he played legendary illustrator R. Crumb. He was nominated for a Drama Desk Award for his role in Thom Pain (based on nothing). He provides the voice for main character Dr. Thaddeus Venture on The Venture Bros. as well as the Doctor's brother Jonas Venture Junior and the super-villain Phantom Limb. In one of his lesser-known roles, Urbaniak played a pizza guy in the famous "Whassup?" television commercials for Budweiser. He also portrayed the moderator in "Human Centipede Anonymous", a Funny or Die short depicting three men who grapple with their past as a human centipede.