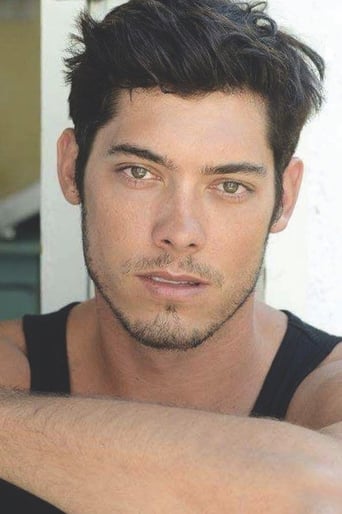 Matthew Knowles is an actor, model, singer, and host known for his work in a number of Chinese films and TV series such as Love Me If You Dare, Deng Xiao Ping at History's Crossroad, Red Sorghum, Eastern Battlefield and Red Star Over China. Knowles began working as a model during his second year in China. In 2012, he transitioned into acting. His first roles were small parts in the Chinese TV series Big Sister's Store and the short film There Will Be Blood. Knowles signed with Phantom Talent and was shortly thereafter cast in the role of a Viking Warrior in the 2013 film Vikingdom starring Dominic Purcell. He later signed a commercial modeling contract with Reco Talent Agency in Manila, Philippines and secured advertising campaigns with HTC and Pepsi. Following Vikingdom, Knowles began hosting a travel TV show in the Philippines and was cast in a number of different Chinese productions, including the TV series Upright Men and Women, the series Red Sorghum (the largest TV series produced in China), and the TV series Deng Xiaoping at History's Crossroads. In addition to acting, Knowles served as the host of a weekly travel and news show, This is Chengdu, during his time living in the city. While hosting, he also continued to film a number of other television series, commercials, and movies, including a series of advertisements for tourism in China. Knowles also hosted the 2014 "Oscars Live" broadcast for Youku to China. In 2014, Knowles was offered a full government scholarship to study at the Beijing Film Academy. Upon enrollment, he became the first non-Asian / Caucasian at the academy. In 2017 he enrolled in the prestigious Royal Academy of Dramatic Art in London where he graduated with a Master of Arts in Acting. In 2015 he joined the cast of Love Me If You Dare in the recurring role of Dr. Barnes. That same year, in August of 2016, he played a lead role in the TV series Eastern Battlefield. Knowles portrayed US General Evans Carlson in Red Star Over China. Knowles is currently portraying a lead role as Jet in the upcoming film Bond: Kizuna and also starring as Rawa in the 2018 film Asura. He was awarded best actor in the Canada China International Film Festival for his role as Charles Harris in Poppies.