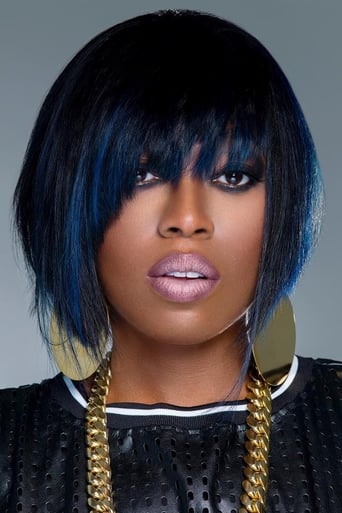 American rapper, singer, songwriter, and record producer. Elliott embarked on her music career with all-female R&B group Sista in the early 1990s and later became part of the Swing Mob collective along with childhood friend and producer Timbaland with whom she worked on projects for Aaliyah, 702, Total, and SWV. Following several guest appearances, in 1997 she launched her solo career with the release of her debut album Supa Dupa Fly, which spawned the hit single "The Rain (Supa Dupa Fly)" and "Sock It 2 Me". The album debuted at number three on the Billboard 200, the highest-charting debut for a female rapper at the time. Her following album Da Real World (1999) produced the singles "She's a Bitch", "All N My Grill", and the top five hit "Hot Boyz". With the release of Miss E... So Addictive (2001), Under Construction (2002), and This Is Not a Test! (2003) Elliott established an international career and followed with the hits "Get Ur Freak On", "One Minute Man", "4 My People", "Gossip Folks", and "Work It", the latter of which won her a Grammy Award for Best Female Rap Solo Performance, eventually winning five Grammy Awards and selling over 30 million records in the United States. Elliott is also known for a series of hits and diverse music videos, including "The Rain (Supa Dupa Fly)", "Hot Boyz", "Get Ur Freak On", "Work It", and the Grammy award-winning video for "Lose Control."