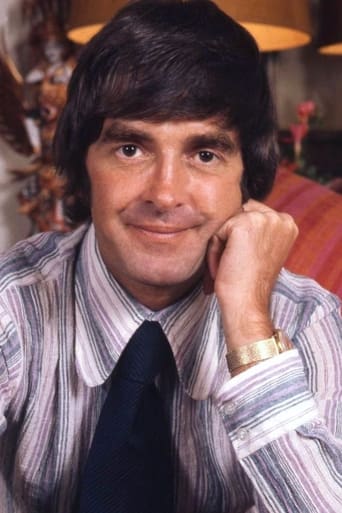 Nimmo was born in Liverpool, Lancashire,[1] and was educated at Booker Avenue Infants and Junior School as well as Quarry Bank High School and began his stage career at the Hippodrome Theatre in Bolton, Lancashire.[1][2] It was during this time that he made a cameo appearance in the Beatles' film, A Hard Day's Night (in which he appeared as "Leslie Jackson", a magician with doves). He appeared in a number of British films and television series, as aristocrats, including starring roles in the television comedy series The World of Wooster (as "Bingo Little"),[2] and in the comedy film One of Our Dinosaurs Is Missing[1] (as "Lord Southmere"), as well as appearing in the James Bond spoof film Casino Royale.[2] Derek Nimmo made his name as the Reverend Mervyn Noote in the British sitcom All Gas and Gaiters (1966). At the time it was considered rather controversial because the main characters were senior churchmen (the Bishop, his chaplain Noote and the Archdeacon) who got into various scrapes as a result of their general incompetence. By the time the series finished, Nimmo was identified with the stereotype of a traditional British clergyman and he went on to play a bungling monk in another BBC clerical sitcom, Oh, Brother! and its sequel series Oh, Father! (now a Roman Catholic priest).[3] Another sitcom in which he appeared in a starring role as a clergyman, many years later, was Hell's Bells (by now promoted to a dean).[2] He also appeared as the Reverend Jonathan Green in a television production of Cluedo. He became so well known for his clerical parody that, in the 1975 The Goodies' episode "Wacky Wales", a "team of Derek Nimmos" played in a spoof "Ecclesiastical Rugby Sevens" competition.