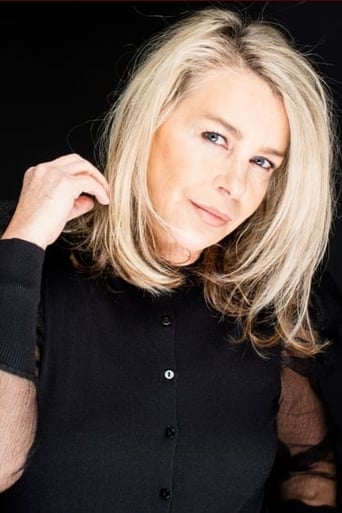 Leslie Ash is an English actress. She is best known for her role as Deborah Burton in the BBC sitcom Men Behaving Badly, Vanessa Lytton in the BBC medical drama Holby City from 2009 to 2010 and Karen Buckley in the ITV drama Where the Heart Is from 2000 to 2003. Her book My Life Behaving Badly: The Autobiography was published in 2007. Ash appeared in BBC Radio 4's comic radio series, Vent (2007), alongside Neil Pearson, Fiona Allen and Josie Lawrence. In May 2008, Ash worked with Transparent Television to make a documentary about the unregulated cosmetic beauty industry whilst exploring her own experiences. The programme, Leslie Ash: Face to Face was broadcast on ITV on 23 September 2008. In 2009 it was announced that Ash would join the cast of BBC medical drama, Holby City from October 2009, playing the role of executive Vanessa Lytton. In 2009, Ash appeared on daytime TV panel programme Loose Women to discuss her new role in Holby City and her previous health problems. Leslie reappeared on Loose Women on 17 February 2012 where she discussed her new on stage tour of All the Single Ladies where she stars alongside Brooke Kinsella and Tara Flynn. In 2014, Leslie appeared and was a contestant on the BBC programme, Celebrity Masterchef.