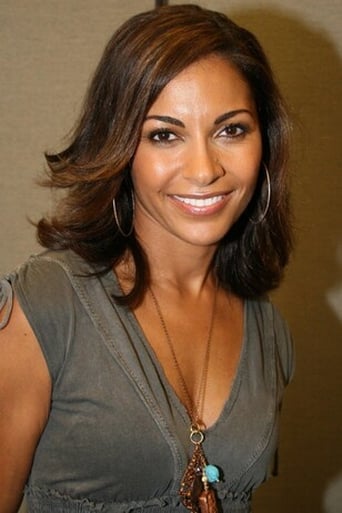 From Wikipedia, the free encyclopedia. Salli Elise Richardson-Whitfield (born November 23, 1967, height 5' 4" (1,63 m)) is an American television and film actress. She is known for her role as Dr. Allison Blake on the sci-fi TV series Eureka and her voice acting as Elisa Maza on the Disney animated series Gargoyles. Early life Richardson-Whitfield was born in Chicago, Illinois, the daughter of an African American mother and an Irish-Italian father. She has three brothers: Josh Richardson, Chad Richardson, and Nalin. Salli Richardson played tennis in high school, and launched her acting career in the Kuumba Workshop theater there. She graduated from the University of Chicago Laboratory Schools in 1985. Career Richardson's acting credits include: A Low Down Dirty Shame, Posse, and Antwone Fisher. She has guest-starred in numerous television shows, such as Star Trek: Deep Space Nine, Silk Stalkings, New York Undercover, The Pretender and Secret Agent Man. Richardson had a recurring role as "Kim" on the show Mercy Point and as "Nancy Adams" on Rude Awakening. She played "Viveca Foster" on the television drama Family Law. She is best known by animation fans as the voice of Elisa Maza on the animated series Gargoyles. She also has been cast as Department of Defense agent (and later head of Global Dynamics) Allison Blake in the television series Eureka, which aired on the SyFy Channel. Her second pregnancy was written into the storyline of the series. She appeared in the 2007 film I Am Legend alongside actor Will Smith.Whitfield has appeared along with her husband Dondre Whitfield in a late night infomercial as part of an advertising campaign to promote the Time Life Zestify Midnight Soul collection. Personal life On September 8, 2002, she married long-time boyfriend and fellow actor Dondre Whitfield. She and Whitfield have one daughter, Parker Richardson-Whitfield and one son, Dre Terrell Whitfield (born January 24, 2009).