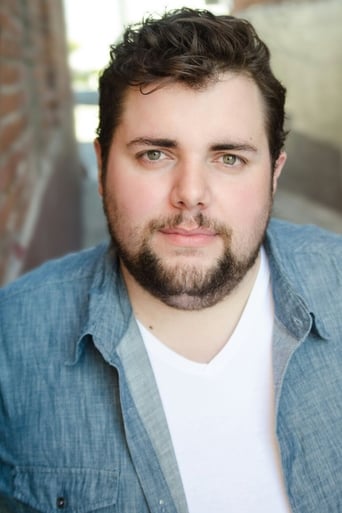 Joshua likes lobster bisque and sweater vests. He has appeared in several films and television shows most notably DIARY OF A WIMPY KID: THE LONG HAUL (Mac Digby), THE WALKING DEAD (Fat Joey), HALT AND CATCH FIRE (Bodie), THE NICE GUYS, LOGAN LUCKY, and HOW I MET YOUR MOTHER. When he's not riding around LA or NYC in an Uber XL, Joshua performs theater, sketch comedy and improv. He was in the Ovation! recommended & Los Angeles premiere of Matt Stone & Tre Parker's CANNIBAL! THE MUSICAL as Humphrey, and has studied comedy & acting at the Upright Citizens Brigade, Groundlings, and Lesly Kahn. If you still watch a television and see those archaic things called commercials, you've definitely seen Joshua shake what his maternal figure gave him, specifically in the Mountain Dew Kickstart 2015 Super-Bowl Commercial COME ALIVE. And if you fancy yourself a fan of country music videos you may also find Joshua 'Somewhere on a Beach' with Dierks Bentley if he didn't get too 'Drunk on a Plane' (See what he did there? Ugh. YouTube it.)