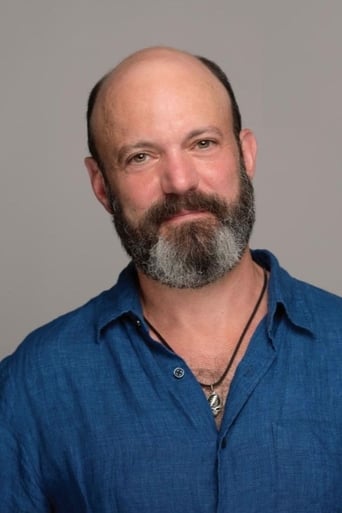 Geoffrey graduated magna cum laude from Amherst College with a degree in theater. During his junior year, he attended the National Theater Institute (Eugene O'Neill Theater Center in Conn), and continued his training at what is now the Royal Central School of Speech and Drama, in London, England. As an actor, he has been seen on Screens large and small. Film credits include the Coen Brothers' Hail, Ceasar!, MIB3, Bird People, Beach Pillows, Syrup, Bart and Arnie's Guide to Friendship, Thanks for Sharing, The Longest Week, SAVVA, Man on a Ledge, Fair Game, Michael Mann's Public Enemies, When in Rome, The Notorious Betty Page, One Last Thing, Suburban Girl, and Heavy Petting. On TV he has been seen on Blacklist, Believe, The Americans, The Following, House of Cards, Deception, Zero Hour, Person of Interest, Pan Am, Damages, Smash, The Big C, Sopranos, Bored to Death, all of the Law & Order's, Mercy, Brotherhood, Life on Mars, Ed, Third Watch, The Bedford Diaries, The $treet, Queens' Supreme, All My Children, Guiding Light, and Spike TV's The Kill Point. He has also been involved with a number of Web-series, including The ONION, Candice Bushnell's The Broadroom, Karl Manhair-Postal Inspector, Good Medicine, and The Stay-at-Home Dad. His Stage work Includes Side Man (Broadway), Warren Leight's Sec 310, Row D, Seats 5&6, Dinner With Friends, Julie Taymor's Titus Andronicus, Saturday Sunday Monday, Denial (Long Wharf), Talley's Folly, Romeo and Juliet (Acting Company), and Lone Star (London and Edinburgh). Geoffrey has been featured in over 200 television and radio commercials, including two award-winning campaigns: Let It Out (Kleenex--the Good Listener), and Fair Enough (part of the Truth campaign). Geoffrey began directing in college, and in London, he developed the play-reading series Readings at One at the Duke of York's Theater in the West End. There he directed the London premier reading of Allan Knee's The Man Who was Peter Pan, upon which the film Finding Neverland was based. Other directing credits include Stripped (an original piece) in New York, For Our Daughters (Illuminart) in Staten Island, James Mclure's 1959 Pink Thunderbird (Lone Star and Laundry and Bourbon) in Brooklyn, Prey (NYfringe 2010), My Secret Public Seder (an Original Piece, written for and with members of the Bergen County JCCY), Winterglass (an original piece), and Cowboys II, by Sam Shepard. As a coach and teacher, he has worked all over the country with actors whose credits include all the major TV shows in New York, as well as film and theater. His students have also been accepted to some of the best theater programs in the country, including Ithaca, Fordham, Emerson, Michigan, Mason Gross, and UCSD. He has also developed flexible acting curriculum and programs for actors of all ages, skill levels, and experience. In his spare time, Geoffrey founded the The Chaucerbury Group, a Media company in New York whose clients include The American Foundation for Suicide Prevention, The Children Heritage Foundation, and Columbia University. - IMDb Mini Biography By: Geoffrey Cantor