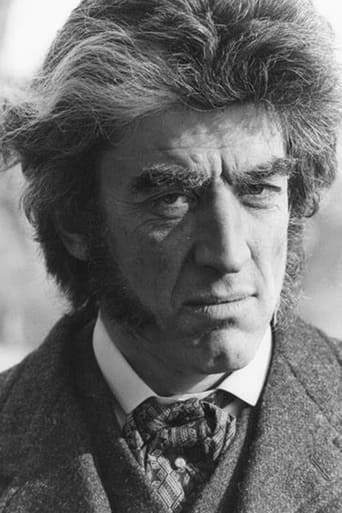 ​From Wikipedia, the free encyclopedia.   John William Francis Hallam (28 October 1941 – 14 November 2006[1]) was a Northern Irish character actor. Born John William Francis Hallam in Lisburn, Northern Ireland, he appeared in many film and television roles including Nicholas and Alexandra (1971),Murphy's War (1971), The Pallisers (1974), The Mallens (1979), Flash Gordon (1980), Dragonslayer (1981), the BBC television adaptations of Prince Caspian and The Voyage of the Dawn Treader (1989) and Robin Hood: Prince of Thieves (1991). He also appears in the director's cut of the 1973 film The Wicker Man as McTaggart. He appeared in the science fiction series Doctor Who as the memorable alien "Light" in the serial Ghost Light (1989). He was also known as Barnsey, the prison cell mate of Den Watts in EastEnders. On November 14, 2006, Hallam died in Clifton, Oxfordshire, England at age 65. He was divorced and had four children. Description above from the Wikipedia article John Hallam  licensed under CC-BY-SA, full list of contributors on Wikipedia.