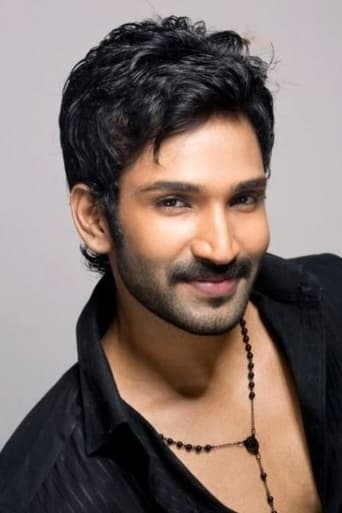 Aadhi (born as Sai Pradeep Pinisetty) is an Indian film actor, who has mainly appeared in Tamil films. He debuted in the 2006 Telugu film Oka Vichitram, and made his big break with S. Shankar's 2009 film Eeram. After completing BE in Computer Science, Aadhi had applied for pilot training as he was interested in touring the world. While he was waiting to hear from them, he enrolled for Silambam classes under Pandian master where stars such as Suriya and Karthi used to come. One day, director Samy who came to see Suriya, spotted him. The director was planning his next project post-Uyir. He came to Aadhi's home to give the script of Mirugam. Aadhi instantly accepted the offer as he was desperate for a film offer. Aadi made his lead debut in the Tamil film Mirugam (2007) which upon release received critical acclaim from critics and audiences.