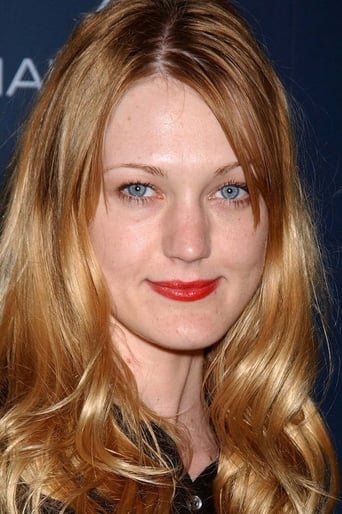 Azura Dawn Storozynski known professionally as Azura Skye, is an American actress. Skye made her first television appearance on the show Total Security in 1997. Then she played a couple of smaller parts on Touched by an Angel and Chicago Hope, and made appearances in a number of television movies before she was cast for the role as "Jane" in Zoe, Duncan, Jack and Jane in 1999. Zoe..., as the show was renamed for the second season, was a short-lived (two seasons) sitcom about four teenagers - Skye's character being one of them. In 2000, the same year that Zoe... ended, Skye's first major movie production premiered. In 28 Days, she starred alongside Sandra Bullock and Viggo Mortensen. Two years later, in 2002, Skye appeared in two episodes of the television series Buffy the Vampire Slayer. In the episode "Help" she plays Cassie Newton, a teen girl at Sunnydale High who possesses the power of precognition and who foresees her own death, and whom Buffy tries to help. In the episode "Conversations with Dead People", she plays an incarnation of the First Evil, impersonating a ghost of Cassie, who attempts to persuade Willow to commit suicide by pretending to bring a message from her dead girlfriend Tara. Also in 2002, she appeared in Confessions of an Ugly Stepsister alongside Matthew Goode and Stockard Channing. During this time she also appeared in other projects, doing smaller parts. She has played Susie Keaton in four episodes of CSI: Miami and has made guest appearances in shows such as Smallville and Judging Amy. Skye has also played parts in movies like Bandits (with Bruce Willis and Cate Blanchett), The Salton Sea (with Val Kilmer) and Red Dragon (with Anthony Hopkins). Skye appeared as Ruby Bates in the 2006 drama Heavens Fall. In 2007, she starred as Sara in 20 Years After and in What We Do Is Secret. In 2008, she had a major part in the American remake of the Japanese horror movie One Missed Call, which was released in the US on January 4, 2008. Her most recent television appearances includes the voice of Veronica in an episode of American Dad!, fall 2007 episodes of House M.D., Bones and Ghost Whisperer, a 2009 episode of The Mentalist, and Fiona in American Horror Story: Murder House. *Source:* **Wikipedia**