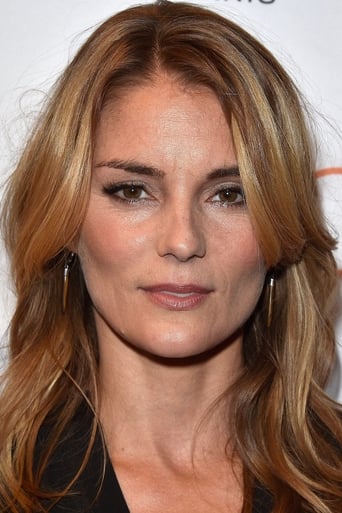 Susan Misner (born February 8, 1971) is an American dancer, television and film actress.Misner portrayed the doomed Grace Davidson on the ABCsoap operaOne Life to Live from March 12, 1999 to November 17, 1999.In 2002, Misner appeared in the film Chicago, performing the renowned "Cell Block Tango" as Liz, 'Pop' with Catherine Zeta-Jones, Denise Faye, Deidre Goodwin, Ekaterina Chtchelkanova and Mýa Harrison. Misner has guest-starred on many TV series, including three of the series in the Law & Order franchise — Law & Order: Criminal Intent (2001/2005), Law & Order: Special Victims Unit (2002) and Law & Order (2006) — as well as both CSI: Crime Scene Investigation (2002) and CSI: Miami (2004). She had a dancing role in the 2002 film Chicago. Misner appeared as Theresa on Rescue Me in 2006 and 2007, and later as Gretchen Martin in the 2007 miniseries The Bronx Is Burning. She appeared in two episodes of the hit CBS procedural Without a Trace during the 2004-2005 television season. She portrayed Alison Humphrey in several 2007 episodes of The CW series Gossip Girl and Sergeant Burnett in New Amsterdam (2008). In 2010, she played the girlfriend of therapist Paul Weston in the series In Treatment. Currently, she has the roles of Jessica Arndt in Person of Interest, Sandra Beeman in The Americans, and Stacy in Nashville. Misner grew up in Pompton Plains, New Jersey.