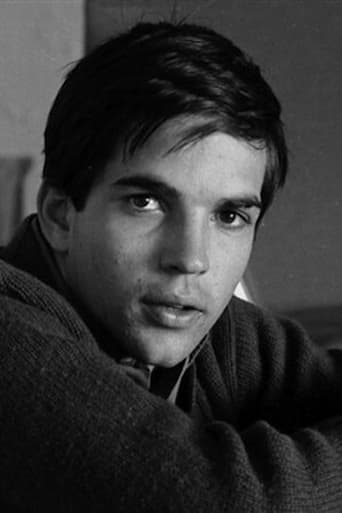 From Wikipedia, the free encyclopedia. Gerard Anthony "Tony" Bill (born 23 August 1940) is an American actor, producer, and director. He produced the 1973 movie The Sting, for which he shared the Academy Award for Best Picture with Michael Phillips and Julia Phillips. The Sting became one of the highest grossing films in history. He majored in English and art at the University of Notre Dame in South Bend, Indiana, from which he graduated in 1962. Bill began his career as an actor in the 60s, first appearing on screen as Frank Sinatra's ingenuous younger brother in Come Blow Your Horn (1963). Bill specialized in likeable but none-too-bright juveniles and young leads. His acting credits include None But the Brave (1965), You're A Big Boy Now (1966), Never a Dull Moment (1968), Ice Station Zebra (1968), Shampoo (1975), The Little Dragons (1980), Pee-wee's Big Adventure (1985), and Less Than Zero (1987). Bill continued to act in TV-movies, miniseries, and guest spots though with decreasing frequency as he segued into directing. He appeared in the 1966 episode "Chaff In The Wind" of the long running western The Virginian. He then appeared in 1967 episode "The Predators" of NBC's western series The Road West starring Barry Sullivan. In 1980, Bill directed his first film, My Bodyguard. From there he went on to direct Six Weeks (1982), Five Corners (1987), Crazy People (1990) A Home of Our Own (1993), and Flyboys (2006) which Bill claims was one of the first features shot entirely with digital cameras. In television Bill directed Truman Capote's One Christmas, Harlan County War, and Pictures of Hollis Woods, among others. In 2009, Bill published the book Movie Speak: How to Talk Like You Belong on a Film Set. The book traces the etymology of the language of the movie set and is filled out with stories from the Bill's career in film. From 1984-2000, he co-owned with Dudley Moore the celebrated 72 Market Street, a restaurant in Venice, California. He is married to his second wife, the former Helen Buck Bartlett, his producer/partner in Barnstorm Films in Venice. The couple have two daughters, Madeline and Daphne. Description above from the Wikipedia article Tony Bill, licensed under CC-BY-SA,full list of contributors on Wikipedia.