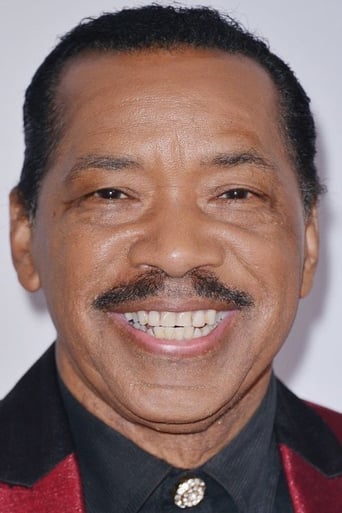 Obba Babatundé (born December 1, 1951) is an American actor of stage and screen, known for his Emmy-nominated performance in the television movie Miss Evers' Boys, a NAACP Image Award-nominated performance in the TV movie Introducing Dorothy Dandridge, and a Tony Award-nominated role for his performance as C.C. White in the original cast of the 1981 Broadway musical Dreamgirls. Babatundé was a protege of Sammy Davis, Jr., who said of him, "This is the only cat who can do everything I can do." Babatundé does dance, sing, play instruments, execute impersonations, including his portrayal of Davis, aided by their similarity in energy, size and talent, tap dancing and performing on multiple instruments. In fall 2009, Babatundé played Davis in the title role of "Sammy: Once in a Lifetime," a world premiere musical at the Old Globe Theatre in San Diego. Early in 2000, Babatundé partnered with writer/producer Ruth Adkins Robinson for a series of TV projects including "TV in Black: The First 50 Years," "Oscar's Black Odyssey: From Hattie to Hallie" and "Dorthy Dandridge: An American Beauty". The pair have projects that will take them through 2011. His TV roles have often portrayed authority figures, such as a recurring guest-starring role as a high school principal on Dawson's Creek, an appearance as a judge in a two-part episode of Any Day Now, and as the father of the main characters on Half & Half. He also played Harvard college Dean Cain in the movie How High, as well as the role of Willie Long in the movie Life, and co-starred as an attorney in Philadelphia and as a senator in the 2004 reprise of The Manchurian Candidate. He also played the director in season 3 of Friends in an episode titled "The One with All the Jealousy". Other TV shows he has had recurring roles on include The Fresh Prince of Bel-Air, Chicago Hope, Rocket Power, Static Shock, and Karen Sisco. He played a small but pivotal role as a doorman/bellhop in the film That Thing You Do! and also appeared in The Wild Thornberrys Movie as the voice of Boko. He played a famous producer known as Gordy Berry on two episodes of The Fresh Prince of Bel-Air. In the 1998 miniseries, The Temptations, he played the founder of Motown Records Berry Gordy. Babatundé is adept at American sign language and had used this talent in many roles including on one NYPD Blue. His recorded work includes a performance with the New York pianist Onaje Allan Gumbs on the 2007 album Sack Full of Dreams. The actor/producer is also an avid horseman and is a highly regarded rider and trainer in the Rodeo Circuit, including the annual Bill Pickett Rodeol. Description above from the Wikipedia article Obba Babatundé, licensed under CC-BY-SA, full list of contributors on Wikipedia.