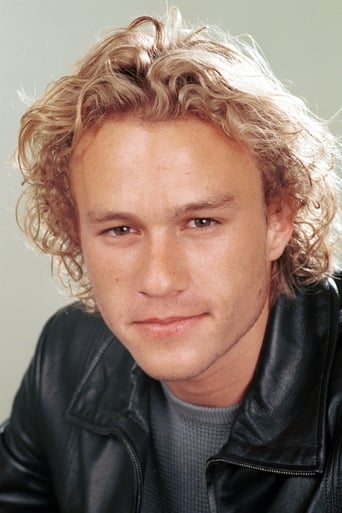 Heath Andrew Ledger was an Australian television and film actor. After performing roles in Australian television and film during the 1990s, Ledger moved to the United States in 1998 to develop his film career. His work encompassed nineteen films, including 10 Things I Hate About You, The Patriot, Brokeback Mountain, and The Dark Knight. In addition to his acting, he produced and directed music videos and aspired to be a film director. He died at the age of 28, from an accidental "toxic combination of prescription drugs." A few months before his death, Ledger had finished filming his penultimate performance, as the Joker in The Dark Knight, his death coming during editing of the film and casting a shadow over the subsequent promotion of the $180 million production. Heath Ledger was born in Perth, Western Australia, the son of Sally Ledger, a French teacher, and Kim Ledger, a racing-car driver and mining engineer, whose family established and owned the Ledger Engineering Foundry. The Sir Frank Ledger Charitable Trust is named after his great-grandfather. Among his most notable romantic relationships, Ledger dated actress Heather Graham for several months in 2000 to 2001, and he had a serious on-and-off-again long-term relationship with actress Naomi Watts, whom he met during the filming of Ned Kelly and with whom he lived at times from 2002 to 2004. In the summer of 2004, he met and began dating actress Michelle Williams on the set of Brokeback Mountain, and their daughter, Matilda Rose, was born on 28 October 2005 in New York City. Ledger sold his residence in Bronte, New South Wales, and moved to the United States, where he shared an apartment with Williams, in Boerum Hill, Brooklyn, from 2005 to 2007. In September 2007, Williams' father confirmed to Sydney's Daily Telegraph that Ledger and Williams had ended their relationship. After his break-up with Williams, in late 2007 and early 2008, the tabloid press and other public media linked Ledger romantically with supermodels Helena Christensen and Gemma Ward and with former child star, actress Mary-Kate Olsen.