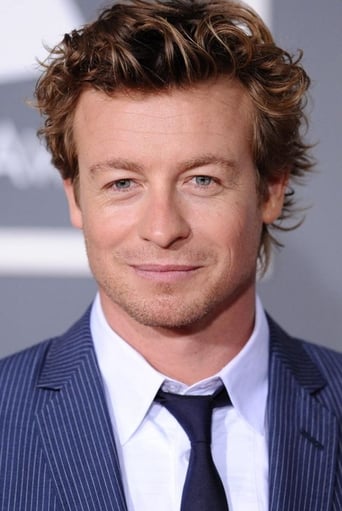 From Wikipedia, the free encyclopedia. Simon Baker (born 30 July 1969, height 5' 9¾" (1,77 m)) is an Australian actor and director. In his television acting career, he is best known for his lead role in the CBS television series The Mentalist as Patrick Jane and as Nicholas Fallin in The Guardian. In his film acting career, he is best known for the lead role of Riley Denbo in Land of the Dead and Christian Thompson in the film adaptation of The Devil Wears Prada, based on the 2003 novel of the same name. Simon Baker was born to a high school English teacher, Elizabeth Labberton, and a groundskeeper/mechanic, Barry Baker, on 30 July 1969, in Launceston, Tasmania. He was raised as a Roman Catholic.[1] His parents divorced while he was still young. His mother later married Tom Denny, a butcher. Simon Baker also has a sister, currently a doctor in Australia, and three younger half brothers. By 1972, the family had moved from Launceston to Ballina, New South Wales, where Baker's parents hoped to secure better paying jobs. In 1986, he graduated from Ballina High School as Simon Baker-Denny, after completing his primary school education at St. Francis Xavier Catholic Primary School, also in Ballina.