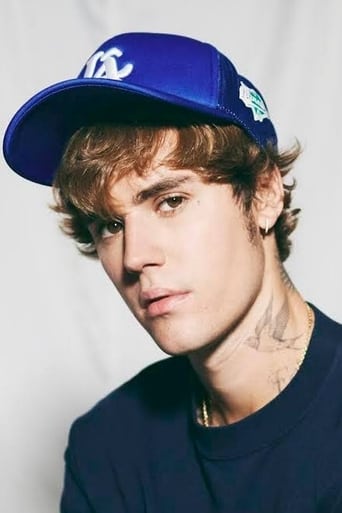 From Wikipedia, the free encyclopedia. Justin Drew Bieber  (born March 1, 1994)  is a Canadian pop/R&B singer-songwriter and actor.   Bieber was discovered in 2008 by Scooter Braun,  who happened to come across Bieber's videos on YouTube and later became his manager. Braun arranged for him to meet with Usher in Atlanta, Georgia, and Bieber was soon signed to Raymond Braun Media Group (RBMG), a joint venture between Braun and Usher, and then to a recording contract with Island Records offered by L.A. Reid.  His debut single, "One Time", released worldwide in 2009, peaked in the top ten in Canada and charted in the top thirty in several international markets. His debut release, My World, followed on November 17, 2009, and was eventually certified platinum in the United States. He became the first artist to have seven songs from a debut album chart on the Billboard Hot 100. His first full studio release, My World 2.0, was released on March 23, 2010 and has since received similar success; it debuted at number one and within the top ten of several countries, and was certified platinum in the United States. It was preceded by the worldwide top-ten single, "Baby," in January 2010. The music video of "Baby" is currently ranked as the most viewed and most discussed YouTube video,  and was the most disliked until being overtaken by Rebecca Black's song Friday.  Bieber followed-up the release of his debut album with his first headlining tour, the My World Tour, the remix albums My Worlds Acoustic and Never Say Never – The Remixes, and the 3D biopic-concert film Justin Bieber: Never Say Never – which had an opening weekend gross that nearly matched the record for the biggest opening weekend for a concert-film. Bieber has been nominated and awarded numerous accolades over the past few years, winning Artist of the Year at the 2010 American Music Awards, and being nominated for Best New Artist and Best Pop Vocal Album at the 53rd Grammy Awards, among others. Bieber is considered a teen idol, and has been subject to acclaim from fans, as well as criticism and controversy from matters concerning his popularity and image. Description above from the Wikipedia article Justin Bieber, licensed under CC-BY-SA, full list of contributors on Wikipedia.