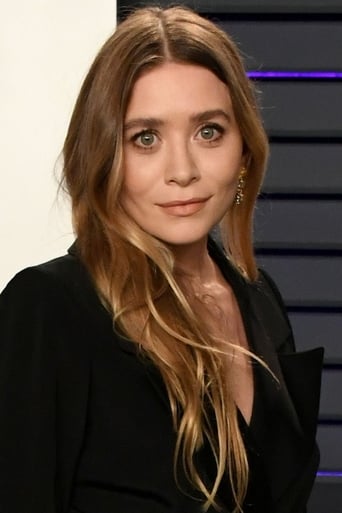 She and her twin sister, Mary-Kate Olsen, were born June 13, 1986 in Sherman Oaks, California to David and Jarnette Olsen. The twins began their acting career in 1987 when they were chosen to play the role of Michelle Tanner on a new TV series, "Full House" (1987). The show became a hit with books, dolls, and other merchandise being sold to promote it, and during the years the show was on the air, the Olsen twins had a TVQ (popularity rating) second only to Bill Cosby. The twins continued to share the role through the show's end in 1995. During the years of "Full House" (1987) they teamed up with Robert Thorne and created Dualstar, their production company. Soon they had recorded an album titled Brother For Sale and a music video called Our First Video (1993) (V). In the years that followed they starred in three straight to video movies, To Grandmother's House We Go (1992) (TV), Double, Double, Toil and Trouble (1993) (TV), and How the West Was Fun (1994) (TV). They also created their own video series called The Adventures of Mary-Kate and Ashley, in which they were pint size detectives who would "solve any crime by dinner time." They also have another successful video series, You're Invited to Mary-Kate and Ashley's and both video series continue to be popular today. In 1995 they made their big screen debut in It Takes Two (1995) and in the next few years they continued to make videos in their series. In 1998 they returned to TV in the short-lived series, "Two of a Kind" (1998). They made a few more TV movies, appeared on many talk shows, and began work on a new TV series titled "So Little Time" (2001). They currently live in California with their mom, older brother Trent and younger sister Lizzie. They visit their dad, step-mom, Mackenzie and step siblings, Taylor and Jake. IMDb Mini Biography By: Anonymous