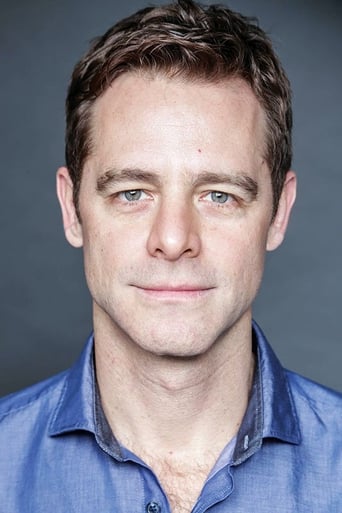 From Wikipedia, the free encyclopedia David Sutcliffe (born June 8, 1969, in Saskatoon, Saskatchewan, Canada) is a Canadian actor. He is best known for playing Christopher Hayden, Rory Gilmore's father and Lorelai Gilmore's on-and-off boyfriend, on the CW show Gilmore Girls. A 1990 graduate of Victoria College at the University of Toronto where he studied English literature, Sutcliffe played varsity basketball before succumbing to a career-ending knee injury. While in college, he waited tables at local greasy spoon Michael's on Bay. Before heading to Hollywood, he starred in the independent feature film Two or Three Words, directed by Toronto-local Evan Georgiades. He subsequently appeared in the straight to DVD film Cake with Heather Graham, Taye Diggs, Sandra Oh and Sarah Chalke, and the film Testosterone opposite Antonio Sabato Jr. and Sônia Braga. In 2003, Sutcliffe appeared at the very end of Under the Tuscan Sun with Diane Lane and Sandra Oh. He played the character Ed, a writer who falls in love with Frances in the last scenes of the movie. He played financier Ted Ammon in the made-for-TV movie Murder in the Hamptons. He has appeared in numerous TV shows such as I'm with Her (where he had the lead male role, along with Teri Polo), Friends, Will and Grace, Accidentally on Purpose, CSI: Crime Scene Investigation and Cold Feet. He also had a recurring role on Private Practice where was signed for 13 episodes during the 2007-2008 and 2008-2009 seasons. He played a police officer smitten with the lead character Dr. Addison Montgomery. He also starred in the 2009 film Before You Say I Do. Sutcliffe recently finished filming Misconceptions in St. Petersburg, Florida with Orlando Jones. The film is being directed by a retired television director and Eckerd College professor. Sutcliffe also played on the World Poker Tour in the Hollywood Home games, for the Hollygrove House charity. He is divorced from actress Julie McCullough. Description above from the Wikipedia article David Sutcliffe,licensed under CC-BY-SA, full list of contributors on Wikipedia.