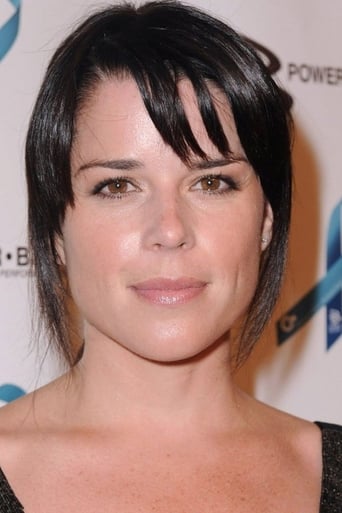 ​Neve Adrianne Campbell (born October 3, 1973) is a Canadian actress. After beginning her career on stage, she achieved fame on the 1990s television series Party of Five, playing the role of teenager Julia Salinger. She subsequently appeared in leading roles in several Hollywood films, including Scream, The Craft, and Wild Things, and has since appeared in smaller parts and returned to stage roles. Neve Campbell was born in Guelph, Ontario. Campbell's mother, Marnie (née Neve), is a yoga instructor and psychologist from Amsterdam. Her father, Gerry Campbell, an immigrant to Canada from the East End of Glasgow, Scotland, taught high school drama classes in Mississauga, Ontario - first at Westwood Secondary School (now Lincoln M. Alexander Secondary School), later at Lorne Park Secondary School, and now at Erindale Secondary School. Campbell's maternal grandparents ran a theatre company in the Netherlands and her paternal grandparents were also performers. Campbell is Roman Catholic, but also identifies as Jewish because of her mother's Sephardic Jewish ancestry, about which she has said: "I am a practicing Catholic, but my lineage is Jewish, so if someone asks me if I'm Jewish, I say yes". Campbell has three brothers, Christian, Alex, and Damian (aka Damian McDonald). Her parents divorced when she was two years old. She and her brother Christian resided largely with their father (who received custody of the two), with regular periods at their mother's home, until Neve was nine years old. At that time she moved into residence at the National Ballet School of Canada, training there and appearing in performances of The Nutcracker and Sleeping Beauty. Campbell moved from dancing into acting at the age of 15, when she performed in The Phantom of the Opera at the Canon Theatre in Toronto. Campbell first starring role was Daisy in the Canadian youth TV series Catwalk, which she held from 1992 to 1994. She rose to fame outside Canada after being cast as Julia Salinger in the drama series Party of Five, in which she performed from 1994 to 2000. Campbell's first widely released film was 1996's The Craft. She then had a starring role in the Scream horror film trilogy.