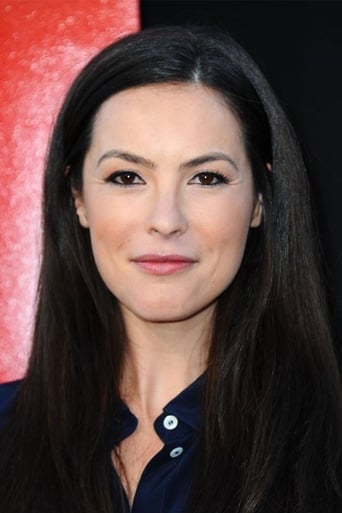 Alexandra "Sasha" Barrese is the daughter of actress and model Katherine Barrese. Katherine was a month shy of 16-years-old when she gave birth to baby Sasha. The two lived in Maui, Hawaii and soon moved to Paris, France. There, Katherine continued to model and take Sasha to work with her. Sasha got a lot of early modeling experience by going to the photo shoots with her mom. In 1989, the pair got their debut acting roles in the movie Homer and Eddie (1989). Katherine and little Sasha went on to star as the younger and older versions of a character named "Jezebel" in 1990's Jezebel's Kiss (1990). This film was the only role in which Sasha is credited by her real name, Alexandra Barrese. Katherine worked hard to put her little girl through good private schools. Pre-teen Sasha attended Ojai Private School in Ojai Valley, California and graduated middle school in 1995. She continued on to Tabor Academy in Marion, Massachusetts and graduated high school in 1999. She did some modeling during her school years for NEXT Agency, Elite, and Guess? Jeans. After graduation, she went on to do more television and film work, including "Supernatural" (2005), Hellraiser: Inferno (2000) (V), The Ring (2002), "Just Shoot Me!" (1997), MTV's "Undressed" (1999) and WB's "Run of the House" (2003). Sasha says she and her mom, Katherine, are very close. They currently live together in Beverly Hills, California. IMDb Mini Biography By: purple_zodiak@yahoo.com