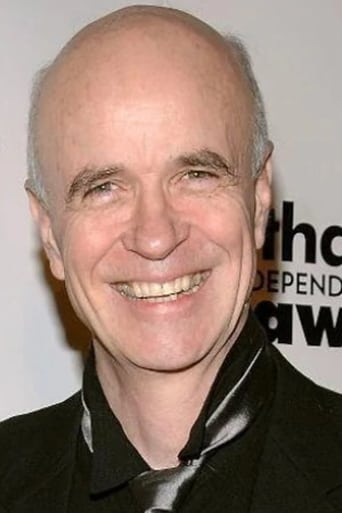 Tom Noonan (born April 12, 1951) is an American actor and film writer-director. Noonan was born in Greenwich, Connecticut, the son of Rosaleen and Tom Noonan, who worked as a dentist and jazz musician respectively. He has an older brother, John F. Noonan, a playwright, and two sisters, Barbara and Nancy. In 1986, Noonan played Francis Dolarhyde, a serial killer who kills entire families, in Michael Mann's Manhunter, the first movie to feature Hannibal Lecter. Another supporting role, and another collaboration with director Michael Mann was in 1995, as Kelso in Heat. He also played Frankenstein in The Monster Squad. During the 1990s, he wrote various plays, including two that he made into movies, What Happened Was... (1994) and The Wife (1995). In the 2000s, Noonan appeared in various other movies, including a widely praised role as Sammy Barnathan in Synecdoche, New York, Charlie Kaufman's directorial debut. Most recently, he originally voiced one of the Wild Things in director Spike Jonze's Where The Wild Things Are, but was replaced by Chris Cooper. Description above from the Wikipedia article Tom Noonan, licensed under CC-BY-SA, full list of contributors on Wikipedia.