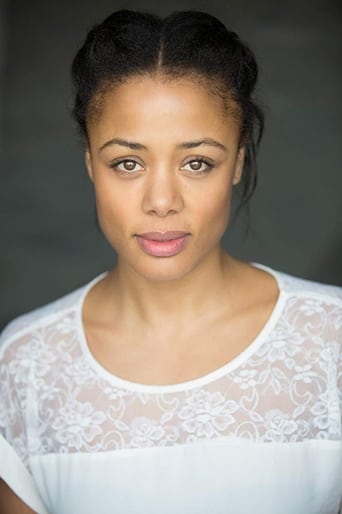 Nina Toussaint-White (born 19850 is an English actress. She played Syd Chambers in 2009 in the BBC One soap EastEnders. She also played Angie Bailey, in the soap Emmerdale. Raised in Plumstead, south east London, Toussaint-White trained at the Italia Conti Academy of Theatre Arts Clapham on their three-year BA acting course. She made her professional debut in a 2007 episode of Casualty, followed by an appearance in The Bill, a year later. In 2009, Toussaint-White was offered the part of nurse Syd, a new love interest for Bradley Branning in EastEnders, making her first screen appearance in February 2009. She played this character until her departure in October 2009. She has also appeared in Primeval, and acted in several stage productions, including A Midsummer Night's Dream. Following her departure from EastEnders in 2009, Toussaint-White guest starred on the Doctor Who episode "Let's Kill Hitler" which aired on 27 August 2011. In February 2012 she appeared as Mattie Grace in Holby City. In March 2012, it was announced that Toussaint-White would appear opposite her ex-EastEnders co-star Lacey Turner in the ITV2 supernatural drama Switch. In 2015, Toussaint-White appeared as Tree in The Etienne Sisters at the Theatre Royal Stratford East. For this performance she was nominated for Best Performance in a Musical in the 2016 UK Theatre Awards alongside her co-cast members Allyson Ava-Brown and Jennifer Saayeng. In September 2016, Toussaint-White appeared as Jane alongside Dominic Cooper and Ophelia Lovibond in the revival of The Libertine by Stephen Jeffreys at the Theatre Royal Bath. - Wikipedia