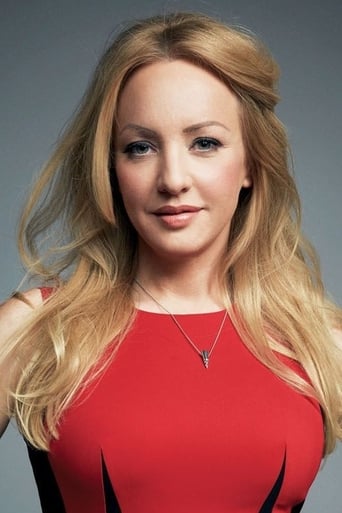 Wendi Anne McLendon-Covey is an American actress, writer, producer and comedian. McLendon-Covey began her career in the improvisational Comedy Central series Reno 911!; she starred as Deputy Clementine Johnson from 2003–2008. She also had the lead role in the Lifetime short-lived comedy Lovespring International (2006). From 2010 to 2013 she had a recurring role on CBS sitcom Rules of Engagement. After her a breakout performance in the 2011 comedy film Bridesmaids, McLendon-Covey has appeared in a number of films, including What to Expect When You're Expecting (2012), The Single Moms Club (2014), Blended (2014), and Think Like a Man Too (2014). In 2013 she began starring as Beverly Goldberg, a family matriarch, in the ABC comedy series The Goldbergs, for which she was nominated for a Critics' Choice Television Award for Best Actress in a Comedy Series in 2014. McLendon-Covey was born in Bellflower, California, the daughter of David Robert McLendon and Carolyn McLendon (née Lewis). She has Scottish and English ancestry. She graduated from California State University, Long Beach with a Bachelor of Liberal Studies and Creative Writing.  She received her Screen Actors Guild card while promoting NBC sitcom Just Shoot Me!.