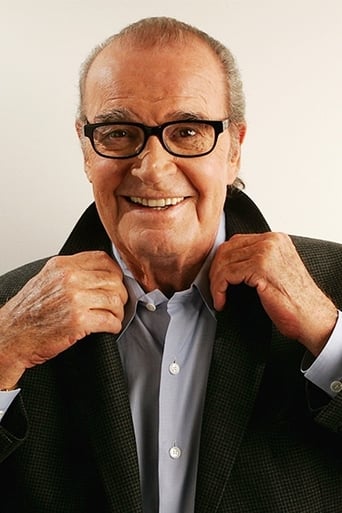 Fro Amiable and handsome James Garner had obtained success in both films and television, often playing variations of the charming anti-hero/con-man persona he first developed in Maverick, the offbeat western TV series that shot him to stardom in the late 1950s. On the big screen, Garner made his film debut in Toward the Unknown (1956), landed a good supporting role besides 'Marlon Brando' in Sayonara (1957), and quickly established himself as leading man, starring in Darby's Rangers (1958) and making a strong impression as the young corporate raider in Cash McCall (1960). In the early 1960s, his tall good looks and flair for comedy made him a perfect male lead in amusing sex comedies, such as Boys' Night Out (1962), The Thrill of It All (1963) and Move Over, Darling (1963). While he did not quite make it as a top movie star, he remained very successful through most of the decade, able to play a variety of parts, although predominantly light comedy and adventure roles. His best performances were in The Great Escape (1963), as the charming "scrounger" gathering all the necessary materials for the escape; in The Americanization of Emily (1964), as a self-professed coward, convincing co-star Julie Andrews of the virtues of self-interest and survival in lieu of noble courage; in 36 Hours (1965), as an American officer made to believe by his German captors that he is suffering from amnesia; in Hour of the Gun (1967), as a cynical, vengeful Wyatt Earp (an unusually dark role for him); and in Support Your Local Sheriff! (1969), as the likeable lawman who cleans up the town with his wits instead of his fists. He also made a relaxed, but effective Marlowe (1969) in the screen adaption of Raymond Chandler's The Little Sister. His popularity declined in the early 1970s and after another top-notch performance in Skin Game (1971), he initiated a return to television, first with the rather unsuccessful series Nichols and then, with The Rockford Files (1974), which brought him a new generation of fans. In the 1980s, he had some sporadic success on the big screen with Victor Victoria (1982) and Murphy's Romance (1985), for which he was nominated for an academy award, but he could not re-establish himself as an important leading man. Nevertheless, he delivered some excellent performances in quality TV movies, Heartsounds (1984), Promise (1986) and Barbarians at the Gate (1993), demonstrating that his dramatic ability had been underestimated. He had remained fairly active and popular, often adding some darkness to his previously light characterizations and proving to be an enduring talent. His most recent films have included Maverick (1994), My Fellow Americans (1996) and Space Cowboys (2000). Date of Death: 19 July 2014, Brentwood, Los Angeles, California  (acute myocardial infarction)