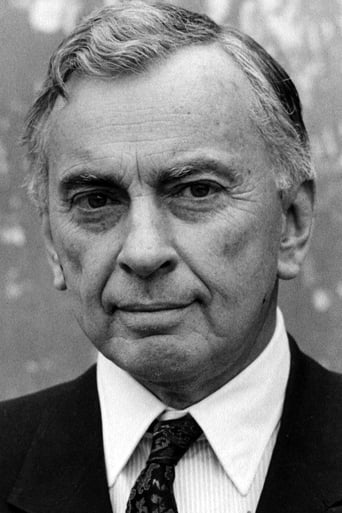 From Wikipedia, the free encyclopedia Gore Vidal (born October 3, 1925) is an American author, playwright, essayist, screenwriter, and liberal political activist. Early in his career he wrote The City and the Pillar (1948), which outraged mainstream critics as one of the first major American novels to feature unambiguous homosexuality. He also ran for political office twice and served as a longtime political critic. Description above from the Wikipedia article Gore Vidal, licensed under CC-BY-SA, full list of contributors on Wikipedia.