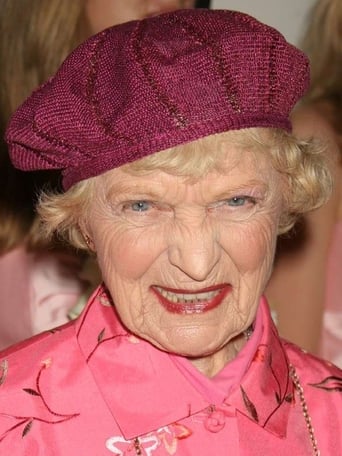 From Wikipedia, the free encyclopedia Ellen Albertini Dow (born November 16, 1918) is an American character actress. She often portrays feisty old ladies and is perhaps best known as the rapping grandmother who performs in the feature film The Wedding Singer. She also played a disillusioned, homophobic grandmother (much to the dismay of her gay grandson) in Wedding Crashers and a victim of Christopher Lloyd's slapstick in Radioland Murders. Description above from the Wikipedia article Ellen Albertini Dow,licensed under CC-BY-SA, full list of contributors on Wikipedia.