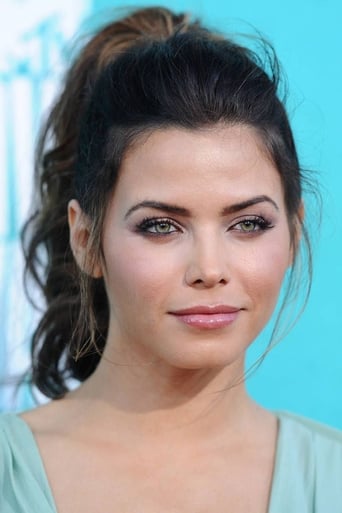 From Wikipedia, the free encyclopedia Jenna Lee Dewan-Tatum (née Dewan; born December 3, 1980) is an American actress and dancer. She began her career as a background dancer for artists including Missy Elliott, Janet Jackson, and Christina Aguilera. She is best known for her role as Nora in the film Step Up. She has also appeared in the short-lived NBC series The Playboy Club and had a recurring role on the FX series American Horror Story: Asylum. Dewan-Tatum has been married to actor Channing Tatum since 2009 and currently stars on the Lifetime series Witches of East End. Dewan-Tatum was born in Hartford, Connecticut, the daughter of Nancy Bursch Smith (née Bursch) and Darryll Dewan, who was a running back on the 1972 Notre Dame football team. Her father is of Lebanese and Polish descent and her mother is of German and English ancestry. Her parents divorced when she was young and her mother remarried Claude Brooks Smith. During high school at Grapevine High School in Grapevine, Texas, Dewan-Tatum was a varsity cheerleader. She graduated in 1999 and was voted prom queen her senior year. She went to University of Southern California and was a member of the California Gamma Chapter of Pi Beta Phi. Description above from the Wikipedia article Jenna Dewan, licensed under CC-BY-SA, full list of contributors on Wikipedia.