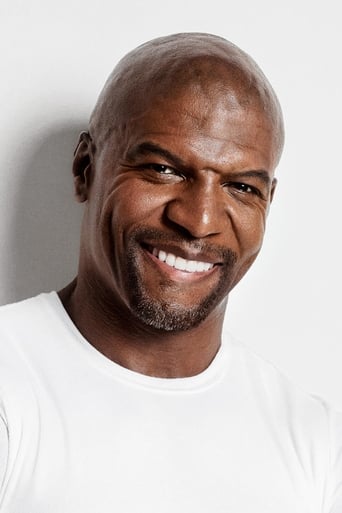 Terrence Alan "Terry" Crews is an American actor, comedian, voice artist former player in the National Football League. He is perhaps best known for his role as family patriarch Julius on the UPN/CW sitcom Everybody Hates Chris. Currently, he stars in the TBS sitcom Are We There Yet? as Nick Kingston-Persons. Additionally, he stars in the BET reality series The Family Crews, and has appeared in such films as The 6th Day, Friday After Next, White Chicks, Idiocracy and The Expendables. In 2010, Crews was featured in several Old Spice TV commercials for their "Odor Blocker Body Wash", directed by Tim Heidecker and Eric Wareheim. Description above from the Wikipedia article Terry Crews, licensed under CC-BY-SA, full list of contributors on Wikipedia