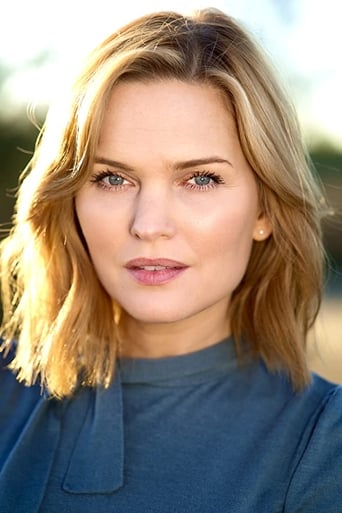 Sunny Mabrey (born November 28, 1975) is an American model and actress who appeared in music videos, such as "Nookie" from Limp Bizkit, before debuting in movies. She appeared in The New Guy, XXX: State of the Union, and was the lead actress in Species III. She appeared in Desperate Housewives as Karl Mayer's (Richard Burgi) new pregnant wife Marissa Mayer and as a flight stewardess, Shelley, in the Season 3 premiere of Mad Men. Mabrey married actor Ethan Embry in 2005. She is from Gadsden, AL. She started her career in front of the cameras as a fashion model at the age of 18. She has performed in commercials for The Gap. Description above from the Wikipedia article Sunny Mabrey, licensed under CC-BY-SA, full list of contributors on Wikipedia.