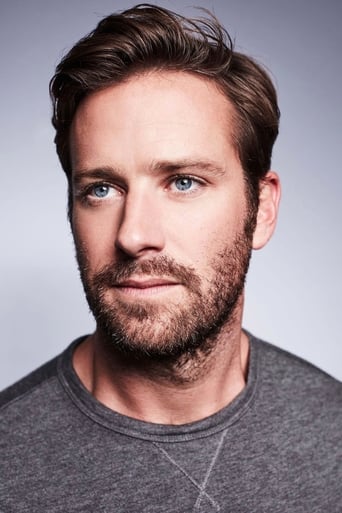 From Wikipedia, the free encyclopedia. Armand Douglas "Armie" Hammer (born August 28, 1986) is an American actor. After appearing on television and playing the title role in 2008's Billy: The Early Years, he became known for his portrayal of the Winklevoss twins in the 2010 film The Social Network.  His upcoming film roles include Clyde Tolson in J. Edgar, Prince Albert Alcott in Tarsem Singh's Snow White, and The Lone Ranger. Description above from the Wikipedia article Armie Hammer, licensed under CC-BY-SA,full list of contributors on Wikipedia.