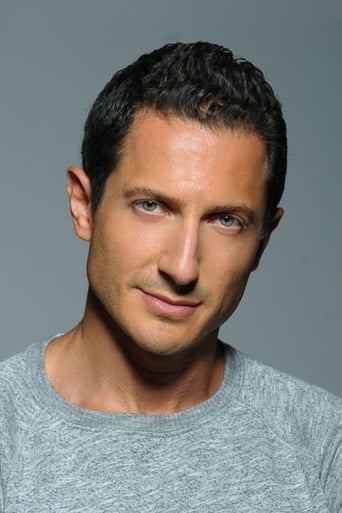 Sasha Roiz (born October 21, 1973) is a Canadian actor. Roiz was born in Jaffa, Israel to Russian Jewish parents. The family moved to Montreal, Canada in 1980. Roiz studied history before joining a theatre school in Montreal. He later graduated from Guildford School of Acting in England. He has appeared in a number of popular television dramas, including CSI: Miami, House, NCIS, The Mentalist, Lie To Me, and Terminator: The Sarah Connor Chronicles. In 2008 he landed the role of Sam Adama on Caprica, a spin-off of Battlestar Galactica. His character, a gangster, frequently butts head with his lawyer brother, played by Esai Morales. His character is also the uncle of William Adama. On April 28, 2009, his role was expanded to series regular. He has stated in an interview that it was later revealed to him that his character would in fact be gay, something he feels is an opportunity to explore the dynamic relationship of a gay character in a science fiction setting as well as to explore the issue of homosexuality on a social level.