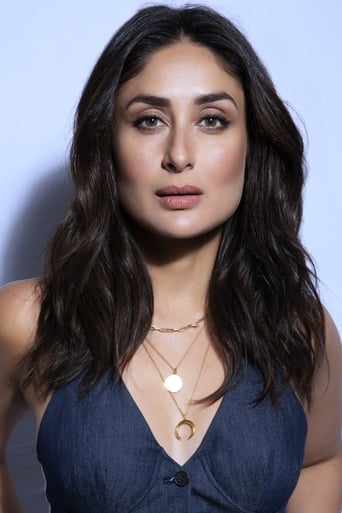 Kareena Kapoor often informally referred to as Bebo, is an Indian film actress who appears in Bollywood films. Born into a film family where both her parents, Randhir Kapoor and Babita, and her elder sister Karisma were actors, Kapoor faced the media spotlight from a very young age. However, she did not make her acting debut until the 2000 film Refugee, which earned her the Filmfare Best Female Debut Award. Her melodrama Kabhi Khushi Kabhie Gham became India's highest grossing film in the overseas market in 2001 and is her biggest commercial success to date. After receiving negative reviews for a series of repetitive roles between 2002 and 2003, Kapoor accepted more demanding parts in order to avoid being typecast. Consequently, from 2004 to 2006 she was recognized by critics for displaying greater versatility. Her portrayal of a sex worker in Chameli (2004) proved to be the turning point in her career and garnered her the Filmfare Special Performance Award. She later received two Critics Awards for Best Actress at the Filmfare ceremony for her performances in the critically acclaimed Dev (2004) and Omkara (2006). In 2007, Kapoor earned a Filmfare Best Actress Award for her performance in the Imtiaz Ali directed romantic comedy film, Jab We Met. Although the box office earnings of her films have varied considerably, Kapoor has established herself as one of the leading contemporary actresses in the Hindi film industry. Kapoor's off-screen life is subject to wide media coverage in India with frequent press coverage of her and boyfriend, actor Saif Ali Khan and speculation of a possible marriage.